I will never stop grieving the loss of the life I would’ve had if I had never been raped. Lately I’ve been trying to reconnect with the person I used to be before the abuse. I’m listening to songs I loved in middle school, watching my favorite TV shows from early high school, and I’m remembering the girl I was.

I was hyper. I loved helping others. I was sad. I was immature. Loud. Couldn’t care less of what most people thought of me. Believed I’d die young, yet believed someday I’d be in California where I could be everything I wanted to be. Felt things too deeply, yet spent little time fantasizing about romance, and felt constantly invalidated and misunderstood. Could be bossy, because I thought I knew the best way to do things. Had a handful of friends who were my number one priority. Eventually branched out to a wider group of friends and learned how to not have just one best friend, a skill I valued as someone who often gave her all to just one person, just one thing. I was smart, and I loved to learn. I loved school, and I was good at it. I didn’t have to try too hard. I valued my relationships with my teachers and with my friends’ parents, because I felt I lacked adults in my life who cared for me. I was never afraid to speak up when I didn’t like something that was happening. I was confidently and proudly straightedge. I loved dying my hair and painting my nails. I hated growing up. I loved to laugh and to make others laugh. I wanted to be a good friend, yet I could be gossipy, and I would often overreact, unsurprisingly given my tenacity and my hyperactive nature. I was spoiled and privileged and always found a way to get what I wanted. I didn’t see myself as particularly good at anything besides giving advice, ironically. And though there were many more people I didn’t care about, for the ones I did, all I wanted was to be cherished.

When I think about my childhood before being raped, when I remember that person I once was, it’s hard to imagine the things that I endured from my rapist. How could that stubborn and outspoken little girl have been rendered silent? How could that perceptive and independent person be convinced to mistrust her own reality for the sake of anyone else, especially a male? How did this happen to her? How did I lose so much?

It’s hard for me to cope with the future I was robbed of and harder still to attempt to find my way back to who I was becoming when the girl I’m trying to channel is just 16. When I meet teenagers now I’m so acutely aware of how young they are, how long ago it was that I was their age. For someone who spends so much time ruminating over my life back then, it’s remarkable how difficult it is for me to relate to them. 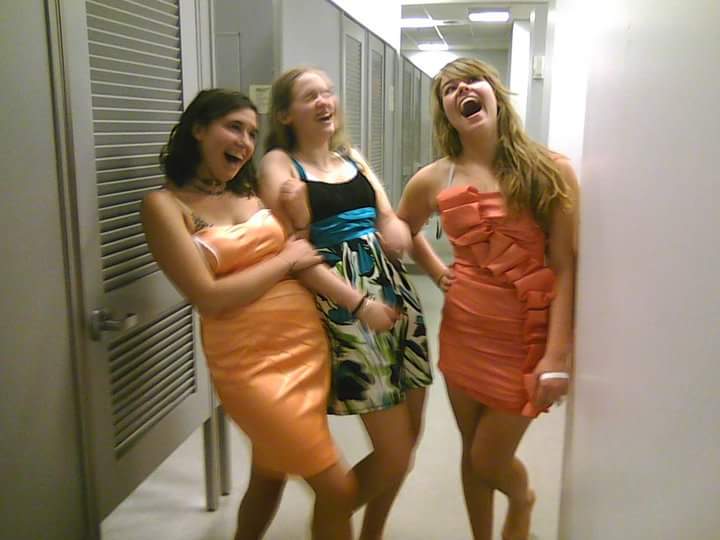 But maybe that’s because ruminate as I might, I have so few memories from my last year and a half of high school. I remember so much more as a 14 year old, as an 11 year old, as a 9 year old, than I do at 16 and 17. Essentially, I never was that age. The old Ashley died at 16. This new Ashley wasn’t born until she was 22.

At 16 my corpse would show up to school each day. I did my homework for the most part. I handed in my assignments. A select few teachers could have noticed my grades slip halfway through the year, but besides that I was showing up where I needed to. I kept playing music. I had a major role in the pit orchestra that year. No one could have known that I showed up to one of those Sweeney Todd dress rehearsals with my rapist after another sexual assault.

Our high school was small. Basically everyone knows everyone, at least by name, at least within the grade. But like I said, I didn’t try to care about the people I didn’t care about, though as I got older I realized they were all people, and I stopped purposefully withholding my affection. The person I am now, I care about everyone, and I want to know everything.

I know what my high school experience was, and I have some awareness of the ways others could have seen it. Sometimes, I resent that my suffering went unnoticed, as if I’m somehow entitled to have been rescued by people I admittedly didn’t pay attention to. 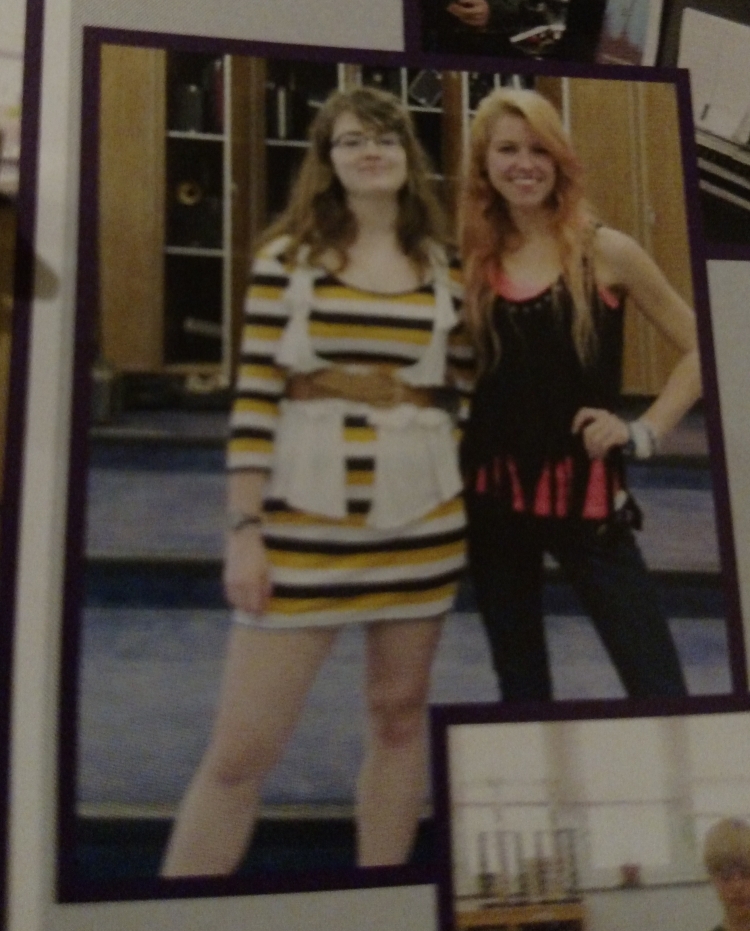 But here I am now, new Ashley in 2017. There are people who I have connected with as a result of sharing my story who I otherwise wouldn’t have thought twice about, people who I care so much for who probably have no idea, because the simple acknowledgment of those who see me now makes up for some of the life and humanity I have been deprived of, and I’ve been gifted with the ability to see them, too.

Something I can relate to with my old self is the feeling of being misunderstood. Now I know myself a whole lot better than I had known myself back then, and that helps, but I’m also making up for half a decade of solitude, of no real support or recognition from a terribly traumatic and isolating experience.

One of the ways I’m healing is through this blog that you’re reading now. And I want to say something to you, especially if you and I went to high school together.

It means everything to me that you’re reading this, because my very deepest need is to be heard.

There is a 16 year old version of myself inside of me who needs that even more than I do. She’s the one you might have seen walking in the hallway getting thinner every day. Maybe you even acknowledged her by telling her she’s so skinny that it makes you feel bad about yourself. Maybe you noticed when you walked in on her throwing out that pregnancy test in the first floor bathroom. Maybe you told her she was beautiful like a doll or that she was hot once she weighed two-thirds of what she used to. Maybe you saw something was wrong when she told you about her first time during art class. Maybe you noticed the redness on her knuckles when she got back from the bathroom. Maybe you saw her deteriorating, but because you weren’t friends you just stayed out of it. Maybe you were her friend and saw her change, and because you didn’t like who she became you left. Maybe that night her rapist sexually assaulted her outside, you were in one of those cars that drove by. Maybe you saw it in her eyes that she couldn’t take it anymore.

And maybe you didn’t notice anything was wrong. Maybe she presented her best self to you, and you can’t believe this was happening between the moments you saw her. To each of you, of course you are not to blame. You did nothing wrong. You couldn’t have known. I wouldn’t have told you. I didn’t have the words to tell. But now that I do, now that I see it all, I want to be seen – she wants to be seen. It’s six years too late, I know. But if you saw her and you see me, would you let me know?

I’m not the girl I used to be, and I’m not the woman she would have become. I will always, always wonder. I know she was capable of a lot, and I know she had big dreams. I have no doubt she’d be in California. I imagine she’d be writing, too, but I can’t begin to speculate what it would be. She would still love school; she might still be pursuing her studies. Maybe she would’ve changed her mind about psychology and pursued law, which was always in the back of her mind. She would have never been afraid of people, and she would have made friends I’ll now never know.

There’s so much I’ll never know, and I grieve for not just all I lost but that which I’ll never even have. Like when one dies young, I’m left with such a short life to honor. When I want to remember her, I’m left grasping at what to remember her by. So on nights like tonight I’m listening to Simple Plan and watching Glee, remembering a time when the angst I had was so preciously endurable and the joy I had was so innocent and simple. 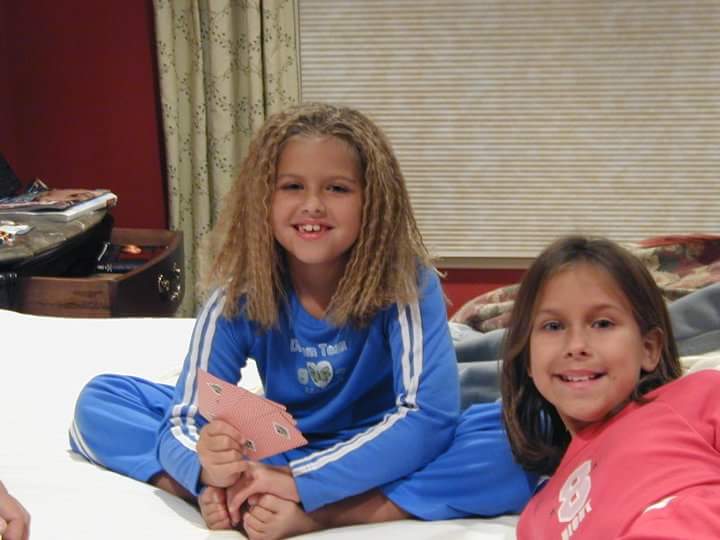