I feel a need to preface this with, my inner voice is screaming at me not only for attempting to write this but also for thinking and feeling and experiencing this: “Shut the fuck up, Ashley, not everything is about rape, not everything is about you, how do you make such a big fucking deal out of everything, how do you even function if every little thing is triggering to you?” The fact that I am succumbing to the feeling of the need to include this preface should be indicative to some extent of how I’m doing in this facet of my life. Anyway, in case you’re feeling similarly about me right now, you’re not alone, I guess. And I’m writing this in part because I’m having a hard time articulating myself to people I usually trust to support me through the little things not because of anything they’re doing but because I am criticizing myself to the point of not feeling comfortable allowing myself to be heard, but posting it here makes me feel less like I’m imposing my BS onto others and more like they’re choosing to engage. That being said, I do hope that maybe somehow someone will actually benefit from reading this.

I had a hard time getting myself to wear a face mask. A part of it was because my coping mechanism has mainly been denial, although that didn’t extend to the point of ignoring the necessary precautions. But wearing a mask is just so outside the norm it’s hard to mentally explain it away without acknowledging how horrifically bad this pandemic really is. But that was the small part.
At first when it became a mandate to wear a face covering, I felt acute panic. There was no room to explore it because my brain was shut down by it. After a couple of days of that I had the mental wherewithal to figure out what was going on: It triggers me to be told what to wear. Ironically, given my struggle in identifying that, it’s one of the more obvious triggers, given the fact that my rapist would do just that during the time he was abusing me.
I’m not proud to say that I surrendered to, “I can’t do that. I can’t wear a mask.” When the suggestion of masks came up, I shut down again. If my fiance brought it up, it was even worse, and that is basically never the case. But of all the people in the world, he was the last person I could talk to about it. Because I needed him to have nothing to do with the battle going on in my head. I am hyperaware of how the trust and closeness I feel to him can be exploited. It’s easy for me to get scared he will hurt me or control me.
I want to believe it ultimately was helpful for me to give up and allow myself to say “no, I’m not doing that” in the sense that it restored a semblance of control, that in a way I was reminding myself I do have a choice whether to wear one or not (and yes, I realize that equates to me saying “I do have a choice whether to do the right thing or the wrong thing.”) So I was making a choice and I felt guilty for it. 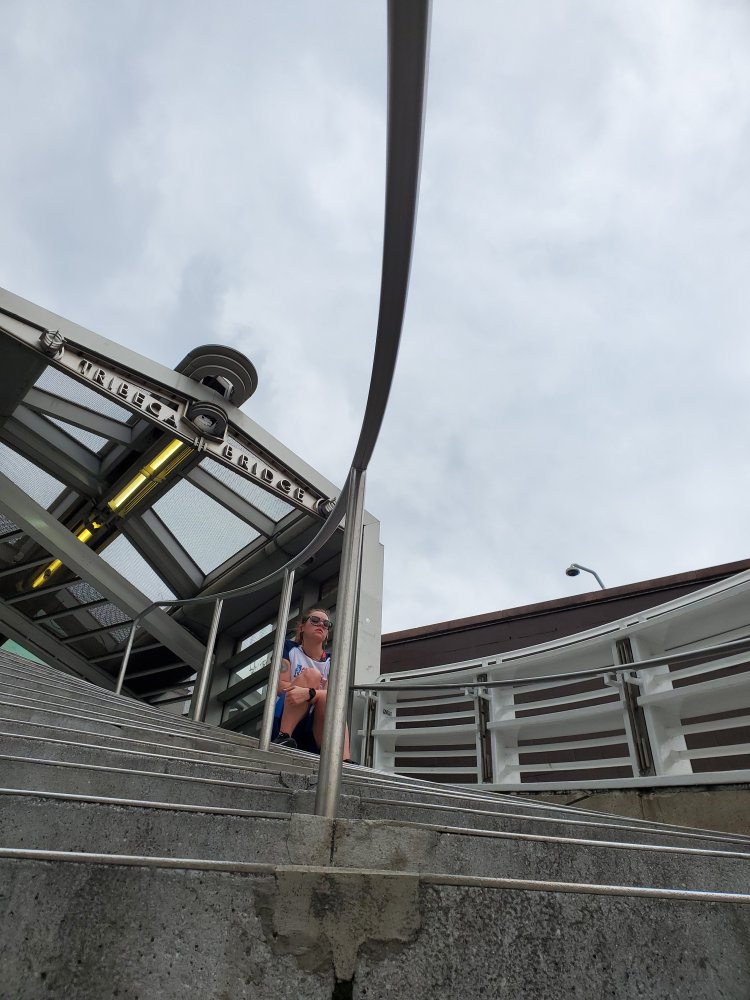 The more informed I allowed myself to be about my choice, the worse I felt AND the further I felt from being able to wear one. I saw the graphics. I have amazing friends who are immunocompromised who I would never want to hurt, and I understood that wearing a mask really wasn’t for the wearer of the mask but for the people around them who they could be spreading the disease to. Understanding that, I felt like a shittier person than before, but it did not help my particular aversion to say, “WEAR THIS THING, FOR SOMEONE ELSE!” It only felt more familiar; it only made me more averse.
It got to the point that enough people were really following the protocol for me to grow concerned that someone might yell at me on the street for not wearing one. I realized how much worse that would feel and be for me. I was scared of that. I wish I could say I conquered the demon, I wish I could say I did it out of selflessness, but really it was ultimately fear that got me to change. I spent the next several days searching for available masks — a struggle in and of itself — that were cute, because I thought it might feel more like my choice if I treated them like an accessory that I wanted to wear. Eventually I ordered four masks from three different places that were pretty to me and almost made me happy.
They came in, and I felt deeply uncomfortable — shame, actually. It felt wrong to me. I didn’t want to tell anyone I bought them. I didn’t want anyone to see me wear one. Despite knowing logically it was the right thing to do and that my wearing one like everyone else would not be a big deal to literally anyone. I fought against the shame by calling it out myself. I showed some of my friends and pretended it was a fashion show. I showed my fiance and tried to be excited about how cute they were. I worked it into a conversation with my best friend in a way that didn’t make the conversation about it but allowed me to say, “I wore a mask.” It felt like a dirty confession. Now that I had them, it felt less clear to me it was the right choice.

I realize how disproportionate my emotions are to this situation. I realize it’s just a stupid fucking face mask and wearing one is a very small thing for me to do. Knowing those things doesn’t help me feel less ashamed, quite the opposite.
My fiance and I went on a long walk last night. I wore an outfit I really liked and my favorite of the masks which perfectly matched said outfit. I wanted to believe the worst was over. But that shame was so strong. I didn’t want him to see me. I didn’t want to look at him looking at me. I didn’t want to see him with a face mask either. We walked in silence as I tried to sort through my thoughts and ground myself in reality in the present and be mindful and breathe and recognize what was real and what was not but I was not successful. I wanted to cry. I felt utterly fucking naked.
I hadn’t realized that actually WEARING one would be a further trigger. I thought it had been the concept that I was being told to do it.
There have been times in my life I’ve felt I’ve been told what to wear outside of my rapist. It’s time to start wearing a bra, time to start wearing deodorant — I did it when I wanted to, not when I was told to. I’m stubborn and headstrong and I don’t like to be told what to do. I have always been this way. Those are not my best qualities. But what I’m getting at here is the only point in my life I’m aware of where I wore what I was told to wear was during the abuse. And it’s hard for me to understand and even harder to explain how that happened. I’ve talked about this before.

I’ve never been closer to understanding how that happened than last night. Not because this situation is actually similar, but because as we walked to the Brooklyn Bridge, I felt like her again — 16-year-old me. Sometimes when things are triggering, it’s more like an unwelcome reminder that’s hard to detach from. Other times, like last night, it’s like I’m there again.
And what it was like there was I had no autonomy. My mind was stretched to its breaking point. I lost my sense of self. I lost my ability to think, and given how much time I spend in my head, not thinking made it an unrecognizable place to be. I am no one. I am nothing. My mind is a ghost, my body a corpse, they are separate, I feel nothing.
It was a long walk. The sun was setting as we approached the bridge. It was windy and cold and my hands were going numb, which might seem like a negative thing but it was something to feel and to remind me where and when I was. The sunset was beautiful; I could see it. I went to take a picture and instead I decided to take a timelapse, and I stood there watching the colors change and the people going by and the city lights growing brighter as the sky grew darker and I forgot myself in it which, as the trend has been with this situation, is the last thing I’d expect to help but it did.
I fell in love with the city, as I have over and over again, and I remembered I live here. My fiance had walked away to do his own thing, and it felt like a relief to have some space, to not feel him so close, threatening to intrude on my flashback. I was glad that when I was ready I got to be the one to walk back up to him. And start this walk over. I looked at him with his mask on and it wasn’t the end of the world. He took some pictures of me and even though I knew I had on mine I thought again about how it matched my jacket and this time I felt just a little good about it, like I had hoped I would before. I realized that the mask made it much easier to pose for a picture because I didn’t have to do anything with my face, and I appreciated that.
We talked on the way back, about nothing in particular. My fiance pointed out that the mask took the pressure off my facial expression in a photo, and I thought it was funny he had the same thought, and I felt comforted and not scared that he knows me so well. I was me again, this me, in this world, where I know that wearing a mask is innocuous and I don’t feel ashamed to know that.
Looking at the pictures later that night was a little draining but not that bad. Looking at them again this morning, I thought they were pretty. And I noticed the mask was pretty, too.