My rapist is many things.

My rapist is an Eagle Scout. He loves the outdoors. He likes backpacking, hiking. Though he told me once has bad knees.

My rapist is a musician. He plays the trombone, the tuba, guitar, and bass. If you’re close enough to him he might even sing for you. His singing voice isn’t bad. He’s played in marching band, jazz band, pit orchestra, and in bands with his friends.

My rapist likes playing video games. He played many first person shooter games I could never tell apart. I had fun watching him play Portal. I liked to play Super Smash Bros Melee with him.

My rapist loves the beach. We grew up in a town right on the shore. His parents were members of a nice beach club a few towns south that he took us to once. He had kayaks at his house we would take to the river on nice summer days.

My rapist is a weightlifter. He takes great pride in his body transformation, which is extreme. He gets a lot of self esteem from breaking his weightlifting records. The effort he puts into fitness is the most dedicated I’ve ever seen him.

My rapist is a human being. He is a person who has had many friends, relationships, struggles, and successes. He has a college degree and last I heard a full time job. He wakes up, breathes, eats, sleeps, and shits just like the rest of us. He is tall with blonde hair and blue eyes. Some might call him handsome. He laughs a lot and can be very playful. He can be moody and rude if he doesn’t like you.

I think it’s important to stop painting this image of “Rapist” as a scary, creepy, hooded figure lurking in the shadows and instead illuminate the reality of the humanness of people who commit these sorts of crimes. 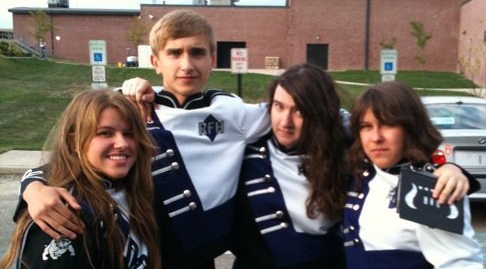